Yesterday London faced a terror attack. Parliament was in lock-down when a car driving across Westminster Bridge purposefully swerved into pedestrians, mowing them down until it reached the Houses of Parliament. One victim was thrown from the bridge into the Thames, but was later rescued. The attacker then left the vehicle running towards Parliament. Despite the usual heavy police presence, he entered New Palace Yard which is below Big Ben. When confronted the attacker stabbed a policeman Keith Palmer, who died at the scene. The attacker was then shot dead. In total, around forty people were injured and four died. Since yesterday it has been confirmed that the attacker was British born and known to the police. Eight arrests have been made and the so called Islamic State has claimed responsibility. Seven victims are currently still in a critical condition. 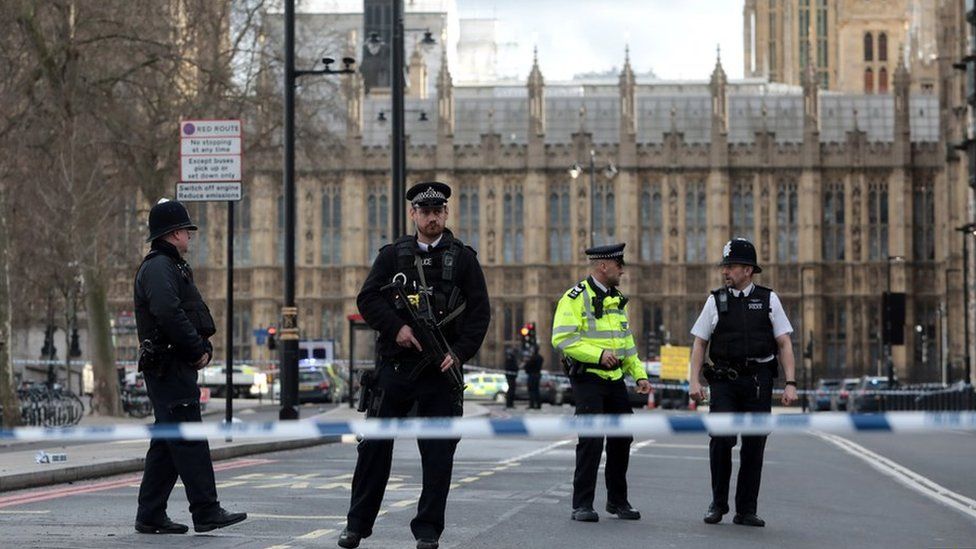 Prime Minister Theresa May, who was in the building at the time of the attacks, yesterday condemned the act of terrorism as ‘sick and depraved’ during a speech outside 10 Downing Street, which followed an emergency COBRA meeting, which she chaired. She praised the emergency services saying that losing ‘one of their own in today’s attack only makes their calmness and professionalism under pressure all the more remarkable’ and adding that the policeman who lost his life was ‘every inch a hero’. May concluded her speech with a stern warning to those involved. She made it clear that London stands united in face of terror; ‘we will all move forward together. Never giving in to terror. And never allowing the voices of hate and evil to drive us apart’.

Mayor of London Sadiq Khan also made a statement last night in a video message. He did so to reassure those living, working and visiting the city not to be alarmed. He insisted that London ‘remains one of the safest [cities] in the world’ and made clear that ‘Londoners will never be cowed by terrorism’. Khan told viewers ‘my heart goes out to those who have lost loved one and everyone who has been affected’.

Only two weeks ago, on 7th March, there was a major security scare on London Bridge. The bridge was closed off and the surrounding area was evacuated, including offices and the station. This turned out to be a false alarm, but it shows that London is always prepared and ready to face acts of terror. London360 reporters Joseph Aspinall and Hannah Burns were in the midst of the action and you can watch their video below.